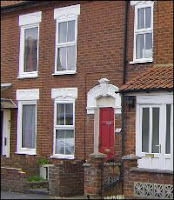 A recent report on the BBC website highlights the fact that many letting agents are discriminating against migrant workers when renting property. In particular against Polish, Portuguese, Latvians, and Lithuanians.

This question of discrimination against ‘foreigners’ in letting property is not new, and is not confined to the UK. If it a difficult topic. On the one hand, no landlord should not be forced to let to someone he does not want to let to. On the other hand it is illegal for him to discriminate on the grounds of race, religion, colour, religious beliefs, national or ethnic origins. How can this be reconciled?

I suppose one answer is that, if the landlord keeps his opinions to himself and does not tell anyone why he is rejecting a particular applicant, particularly if has a reason for rejecting them which is not connected to their race/national or ethnic origins, there is not a lot anyone can do about it. However if he specifically tells his letting agent ‘No Eastern Europeans’ and the agent goes along with this, then it is clearly against the law.

One question I have not seen answered is why Eastern European migrant workers are being discriminated against in this way. Those I have come into contact with personally, have been decent hardworking people. Is it perhaps because it is more difficult to reference recent migrants? Or do landlords fear that they will up sticks and go back to their home country without warning, leaving large rent arrears? Or do landlords find it more difficult to weigh up and judge foreign nationals, and assess their suitability (particularly if they do not speak English well), in the same way that they do with people of their own nationality?

It has to be said that none of these are entirely unreasonable fears. However, applying blanket judgments against a whole nation is not only unfair but obviously wrong.

One final point. The BBC article refers to this sort of discrimination being against the National Association of Estate Agents mandatory code of practice for its members. However many agents are not members of the NAEA. This is perhaps yet another reason why we should have mandatory regulation of letting agents.