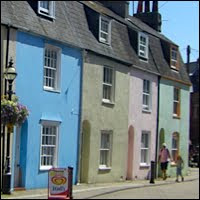 I have been having a bit of trouble recently with one of my section 21 repossession claims (using the accelerated procedure), which should have been an open and shut case. However, irritatingly, things have been held up due to the tenant putting in a defence claiming that he never received the notice.

This is really annoying as we know he has received it (he rang up and told the managing agent so). But notwithstanding this, the Judge has set the case down for hearing (as he has to be sure). In the meantime the arrears continue to accrue (£8,000 plus and counting). It is particularly annoying as we suspect the tenant may have left anyway, but the landlord can’t use his keys to go in and have a look as the tenant changed the locks. Another day in the life ..

Thinking about this case, led me to ponder on the sort of defences that get raised, in the cases I deal with (mostly possession claims based on the mandatory grounds).

The “I never received the section 21 notice” is of course a classic, along with (for rent arrears cases) claims that the rent has been paid (in cash of course) but not acknowledged by the landlord.

Another popular defence is the “I never got the paperwork” claim (although at least that has the virute of not being our fault!). And, although its not exactly a defence, I have known several tenants try to drag things out by endlessly saying that they are too ill to turn up to court.

For example, in one case a tenant turned up too late to the hearing (claiming illness), then applied to have the possession order set aside, failed to turn up to that saying that she had to go to hospital (an accident to her foot I think), then applied for a stay of execution, and once again ‘fell ill’ and didn’t turn up. The only hearing she actually attended was yet another application for a stay of execution made on the day of the bailiffs appointment (which she attended on her own as there was not time for the court to tell us about it). However it did not do her any good as the Judge had no hesitation in rejecting her application. (She then turned up at the property after the bailiffs had given possession over to my clients agent and left, somehow managed to inveigle herself inside the property with the agent, refused to leave, and was eventually taken away by the police!)

There are increasingly greater numbers of defendants raising defences based on the tenancy deposit regulations (a large number of which have been reported on this blog), as the regulations gradually become better known. And tenants in shoddy properties can also defend and counterclaim rent arrears repossessions on the basis of the disrepair (on the grounds that compensation for this will offset the rent arrears). Although I have only had experience of one instance of this myself to date.

Perhaps the defences which have annoyed landlords most over the years though, are the defences based on technical errors in section 21 notices. In particular, as many landlords now know to their cost, if the notice is served after the fixed term ends, it has to give the correct expiry date, and even if this is just one day wrong, the claim will fail. It is a silly rule, and most unfair on landlords acting in person who have not read the legislation properly (and after all, who other than a lawyer is going to spend time nit picking over the legislation?). Other section 21 defences include: not mentioning section 21 in the notice, and not signing the notice (although that one got kicked out by the court).

Worries about defective section 21 notices in proceedings are, I am sure, responsible for many of my grey hairs (not that I am particularly grey you understand), and makes what was intended to be a straightforward process, into a nightmare. The same thing is happening with the tenancy deposit regulations.

Have you been involved in possession proceedings? What defences have you seen? If you have a tale to tell, please do leave a comment.